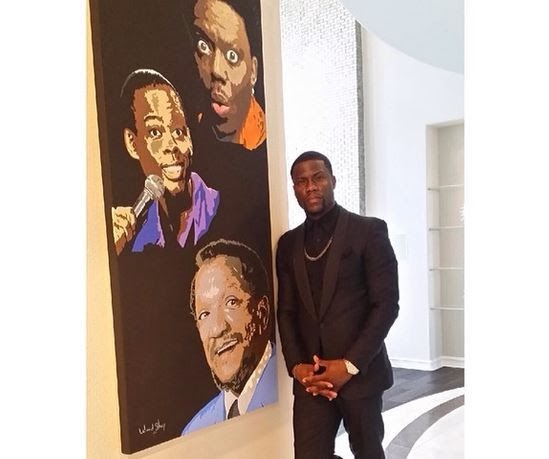 Funny man Kevin Hart has lot to be thankful about this year. With his career and influence being at new heights it is no wonder why he won "Entertainer Of The Year" & "Outstanding Actor In A Comedy Series" at this years NAACP Image Awards.

Kevin Hart recently revealed his secret to his success by posting the picture of himself standing next to a portrait of Bernie Mac, Chris Rock and Red Foxx with the message: “You can’t be great unless you surround yourself by greatness!!! Every wall in my house has a comedic legend on it!!! Thanks Leland Sharp for this amazing piece. I have “Eddie Murphy” “Richard Pryor” & now “Red Foxx Chris Rock Bernie Mac RIP” next painting is going to be “Bill Cosby” …..I respect the men who paved the way for me to be where I am today!!!! #ComedicRockstar #iLoveComedy #SuitSwag #HeadedToTheNAACPimageawards #SharpLittleGuy #AboutLastNight #NowPlaying.” 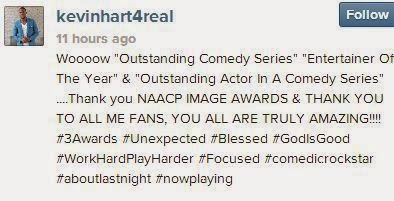