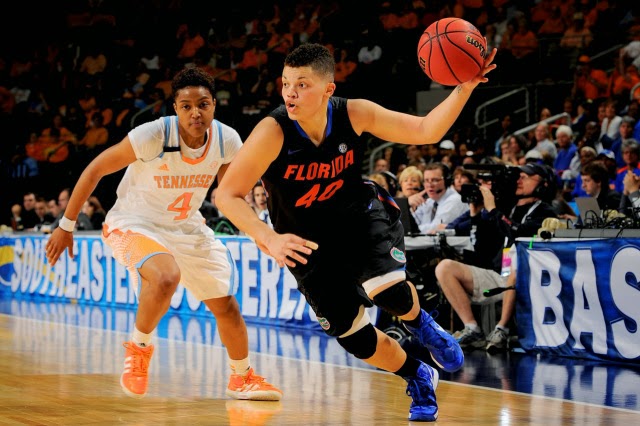 She is the opposite of Magic Johnson's son lol. This girl can really ball. Setting records over the weekend many have said it has to be in her genes. Sydney Moss the daughter of former NFL receiving star Randy Moss, set the NCAA  Division III scoring record for single game scoring with 63 points for Thomas More College on Friday night in a semifinal in the Presidents' Athletic Conference tournament.

Congrats Sydney Moss! We have a feeling Sydney Moss has a long promising future in sports just like her dad Randy.