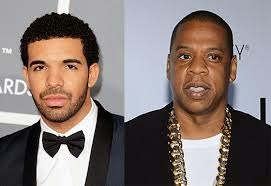 Drake decided to clap back at Jay-Z for the diss he made in "We Made It" freestyle.  The internet went crazy when Drake dropped the song titled "Draft Day" in honor of his friend Johnny Manziel lastnight. Not only did he diss Jay-Z but even Chicago's own super star Chance The Rapper by saying “If I left it up to chance, I’d probably choose a name like Chance the Rapper/ No offense though, cause I don’t know that n****.” Then sent shots at Jay-Z when he said “We all do it for the art so I can never hate though.”

Many people didn't think it was a good look! Check out the twitter responses.