#CelebNews ITS CONFIRMED!!! ALL OFFICIAL DATES FOR "ON THE RUN TOUR" W/ JAY-Z & BEYONCE! 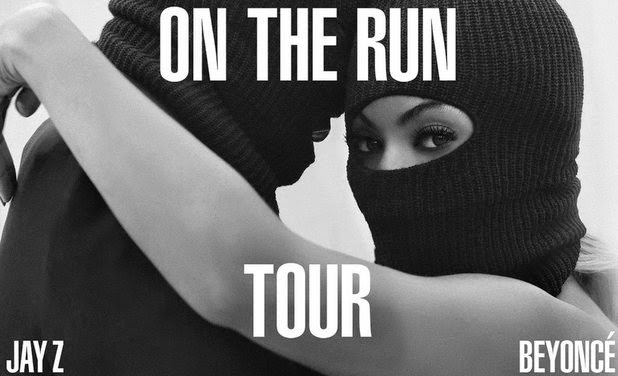 The couple will kick off their tour in Miami in June and hit at least 13 cities before wrapping up in San Francisco on Aug. 5.  The husband and wife duo Beyoncé and Jay Z will be going On The Run — stopping in at least 13 cities across America this summer. The tour, named after their “Part II (On the Run)” single, kicks off June 25 in Miami before going on to other big cities such as Philadelphia, Dallas, Toronto and Chicago, and wrapping up on Aug. 5 in San Francisco. Tickets go on sale Thursday May 1st. Chase card holders have the pleasure of preordering tickets one day before the tickets go on sale.

The married couple have been collaborating on songs together since 2002’s ‘03 Bonnie & Clyde,' including most recent smash hit 'Drunk in Love.' While there's a stop at Los Angeles' Rose Bowl, the Brooklyn-favorite couple has not announced any Barclays Center dates. Instead, Jay Z and Beyoncé will be at Metlife Stadium on July 11.

More dates may be added in the summer for the highly anticipated tour! 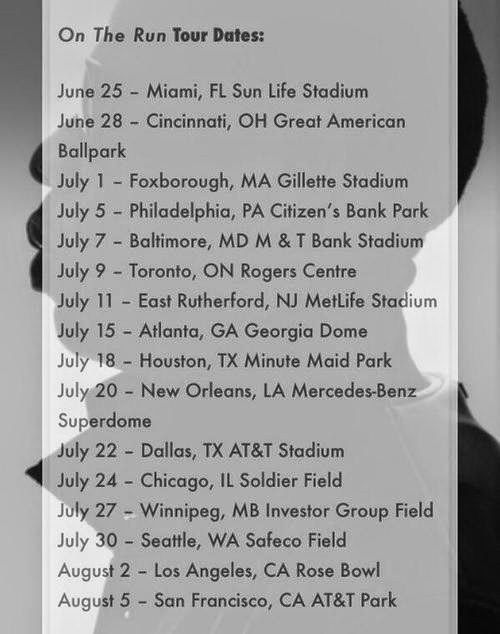