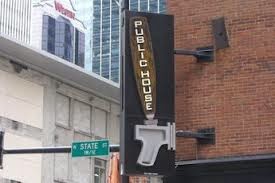 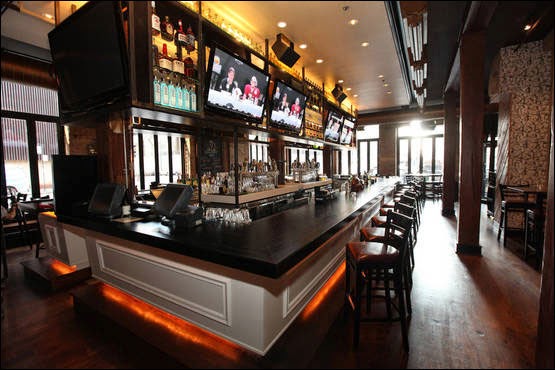 This beer-centric bar from the owners of Bull & Bear is twice as large as its sibling with a pubbier feel. This bar and grill will aim to please wandering tourists as much as suit wearing after work revelers. A dozen booths including a fireplace nook will be tricked out a with self-serve beer taps built right into the tables. They're just like the table taps you know and love at B&B, only will a few more bells and whistles, like chilled liquor on tap to replace bottle service and holographic keyboards that beam down onto the table and allow partiers to send messages to other booths, update their Facebook status or log on to Twitter. A semi-private party area has six taps built right into the wall so guests can mingle and help themselves to pours tracked with a barcode on their wristband. Though the bar's not overtly sports-themed, sports-watching on TVs plastered everywhere will be paramount. On the food tip expect a mainstream American menu for lunch and dinner serving burgers, sandwiches and chops. Try this HotSpot out located 400 N. State St., Chicago, IL.
Posted by igrind4real at 9:11 AM