#CelebNews BOBBI KRISTINA SNAPS AND SAYS SHE SHOULD BE THE ONLY ONE TO PLAY HER MOTHER IN BIOPIC! 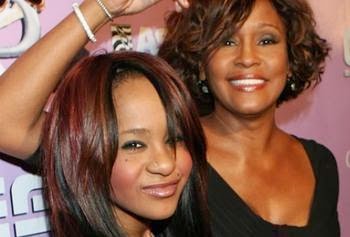 Bobbi Kristina is not excited about the biopic film of her late mother Whitney Houston that is set to debut next year. In fact Bobbi Kristina made several tweets you can checkout below stating her disapproval of the film. Last week it was confirmed that Angela Bassett will be directing a biopic of the iconic vocalist and entertainer Whitney Houston. The film is set to to release on the Lifetime Network in 2015.

The Houston family spoke out about them as a whole not being in favor of the movie being released.
***CHECK OUT BOBBI'S TWITTER RANT BELOW***