#CelebNews IS IT WEDNESDAY YET?! GABRIELLE UNION AT 41 YRS OLD SHOWS OFF AMAZING BIKINI BODY! 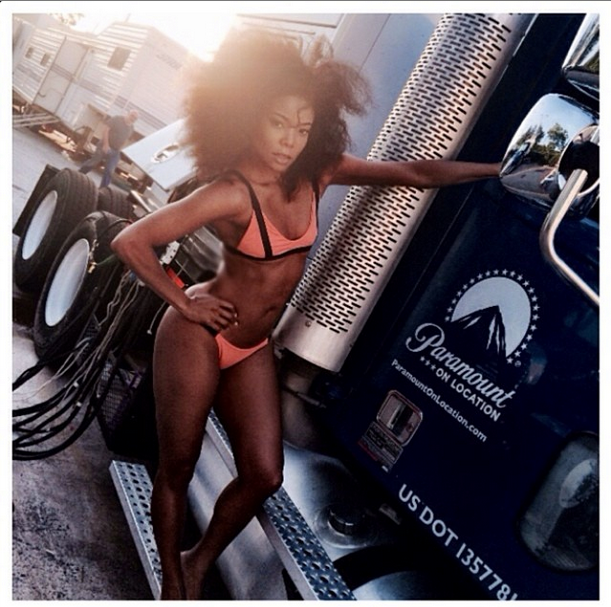 Gabrielle Union is smoking hot at the age of 41 putting a lot of young actresses to shame.  Gabrielle set the internet on fire when photos from her shoot was revealed recently leaving many thinking how lucky D. Wade is to soon have her as his wife.

Via Page Six reports:
The “Think Like a Man Too” star, 41, wore a small black flounce bikini with aviators for a girls’ night out on Sunday. She and eight friends partied with frozen margaritas in a luxury cabana at Encore Beach Club at Wynn Las Vegas. Union, who’s engaged to Miami Heat star player Dwyane Wade, was spotted cheering on her 32-year-old fiancé during his game against the San Antonio Spurs. Union and Wade are set to tie the knot on Aug. 30 in Miami. 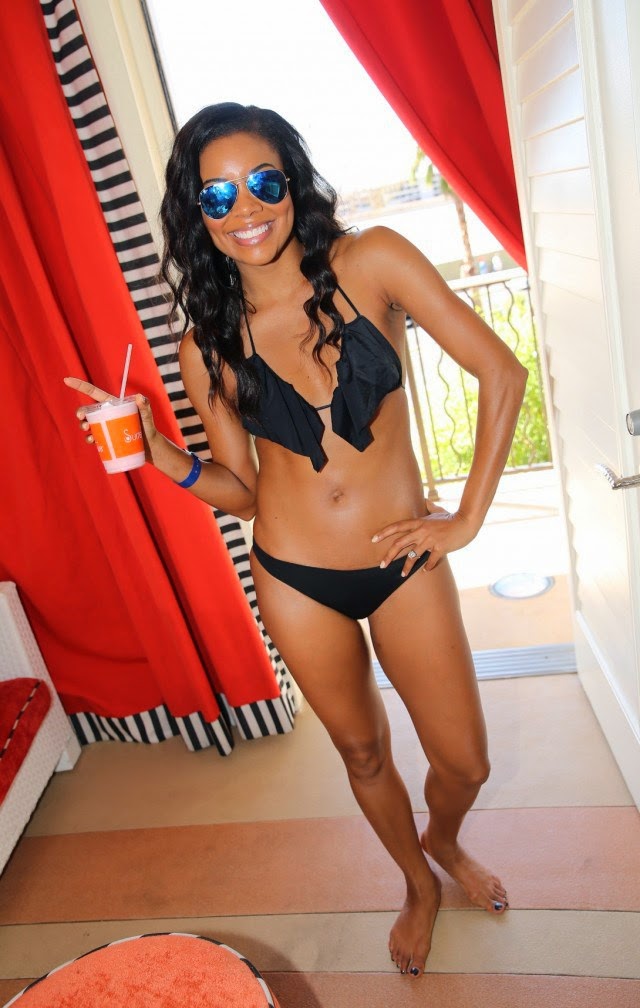