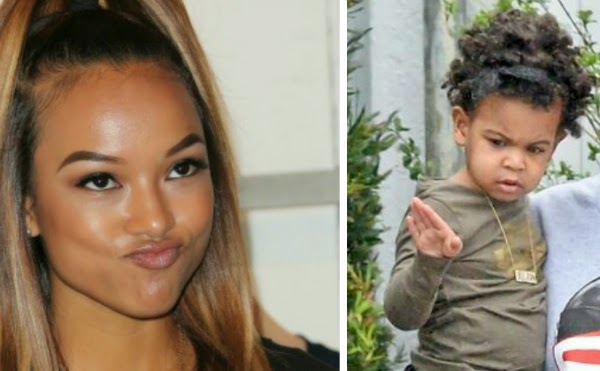 Karrueche Tran made a pretty stupid move live on national TV yesterday. She set herself up for failure with the help of BET when she dissed Princess Blue Ivy on 106 & Park. After reciting a prewritten "joke" from the teleprompter about Blue Ivy's hair Karrueche received a ton of wrath from thousands around the world... including the "BEYHIVE". Karrueche claims she didn't write the script BUT many question why would she even read it in the first place. ***WATCH THE VIDEO WHERE IT ALL STARTED AND CHECK OUT THE TWITTER ATTACKS AFTERWARDS**

LOOKS LIKE THE CAREER KARRUECHE THOUGHT SHE WAS GOING TO HAVE IS AT A END BEFORE IT STARTED!
Posted by igrind4real at 9:09 AM