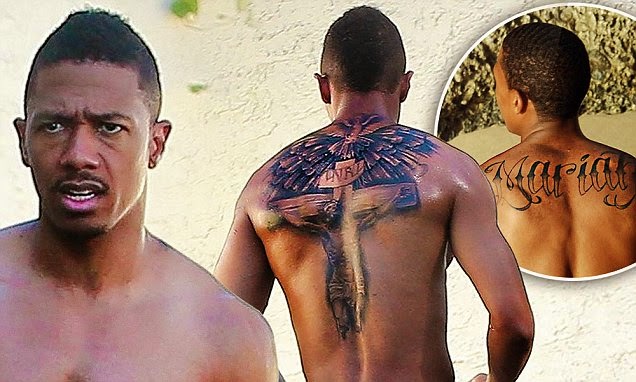 Seems like a lot of Hollywood relationships are ending and those apart of the breakups are going through drastic changes. Nick Cannon who has been married to music icon Mariah Carey for 6 years shocks the world with massive tattoo cover up over Mariah's name. The 33-year old Nick Cannon recently showed off the very large tattoo cover up over soon-to-be ex's wife's name in L.A. while stepping out shirtless to the gym. The huge letterings he got of 44-year old Mariah across the top of his back was a wedding present to her back in 2008 and the only way to get rid of it was to go extremely BIGGER. The tattoo certainly covered the previous tattoo completely and shows off his religious beliefs. Nothing says I'm over you like a tattoo cover up! 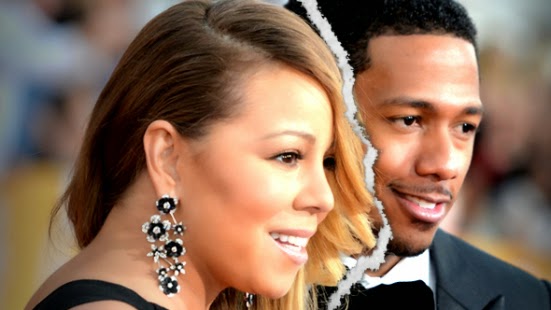