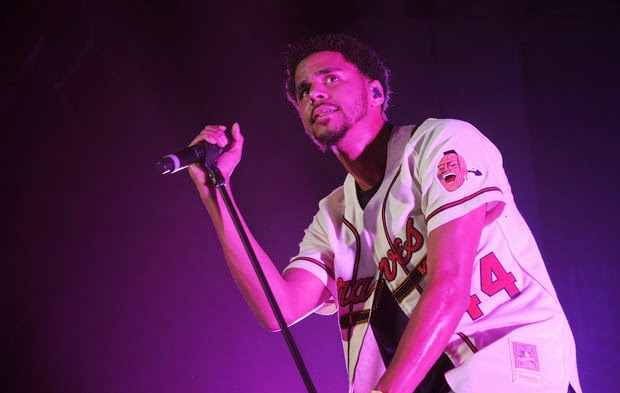 Not afraid of beef... J.Cole fired shots at a few heavyweights in music industry and may have good reasoning. The good folks at Rap-Up reported: J. Cole’s album 2014 Forest Hills Drive is not officially out yet, but it’s already sparking controversy. On the leaked track “Fire Squad,” the North Carolina rapper calls out some famous white artists for appropriating black culture. “History repeats itself and that’s just how it goes / Same way that these rappers always bite each other’s flows / Same thing that my ni**a Elvis did with rock ‘n’ roll / Justin Timberlake, Eminem, and then Macklemore,” raps Cole, who appeared on the remix to Timberlake’s “TKO.” He also has some words for Iggy Azalea, who beat Eminem and Drake for Favorite Rap/Hip-Hop Album and Favorite Rap/Hip-Hop Artist at this year’s American Music Awards. “While silly ni**as argue over who gon’ snatch the crown / Look around my ni**a, white people have snatched the sound / This year I’ll probably go to the awards dappered down / Watch Iggy win a Grammy as I try to crack a smile.” He’s quick to add, “I’m just playin’, but all good jokes contain true shit / Same rope you climb up on, they’ll hang you with.” Fans took to Twitter to react and debate. 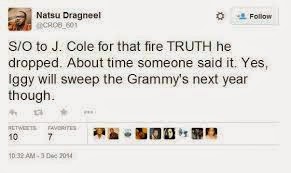 Some sided with Cole, while others defended their favorite artist.

***CHECK OUT THE SONG FOR YOURSELF RIGHT HERE*** 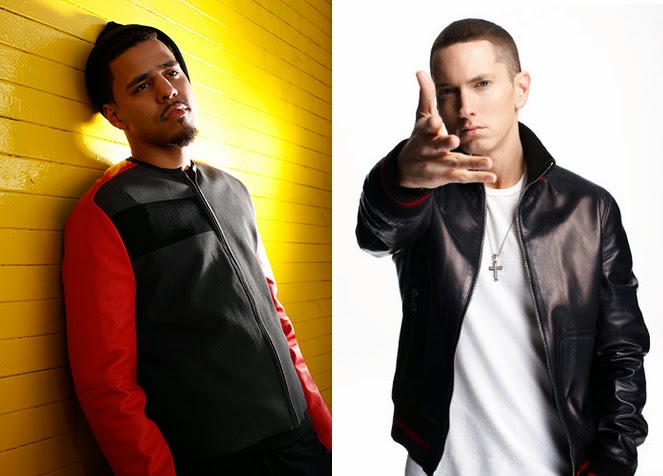 Eminem has yet to respond but if and when he does it will be an interesting rap beef! Should Cole be so blunt or is he courageous for stating what some view as the hidden truths of the industry?!
Posted by igrind4real at 8:19 AM