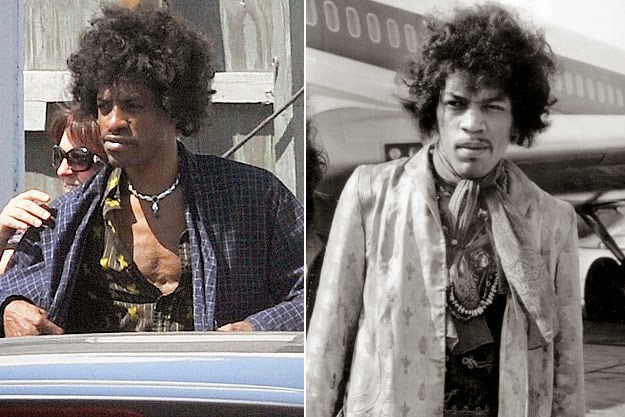 Andre Benjamin aka Andre 3000 aka one half of the mighty Outkast sits down with GRAMMY.com for an interview. In the interview Andre 3000 reveals upcoming Outkast projects, his role as Jimi Hendrix and even touches on past relationships. Andre, 39, had plenty to be occupied with over the summer. On Sept. 12 and 13, he played to 15,000 fans per day at Funk Fest Charlotte in North Carolina as part of a 47-date festival tour celebrating the 20th anniversary of Outkast, where he shares the spotlight with his longtime partner, Antwan "Big Boi" Patton. Together they have sold more than 18 million albums and launched four top 10 Hot 100 singles, including two back-to-back No. 1 hits in 2004, "Hey Ya!" and "The Way You Move"; Billboard estimates that their tour, which ends in October, has pulled in nearly $30 million in revenue so far.
***CHECK OUT HIS INTERVIEW BELOW AS HE OPENS UP***