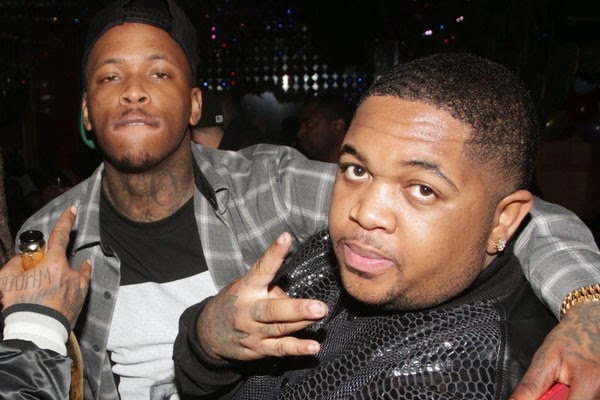 Rapper YG and industry producer DJ Mustard were once good friends making hits songs together... that was until unpaid money came between them. DJ Mustard and YG each had a great 2014, but 2015 might be filled with a little more beef. The two West Coast stars and frequent collaborators are currently engaged in an Instagram war. Apparently, Mustard was fed up with people asking him about YG’s personal issues. DJ Mustard took to Instagram to blast YG for not paying him for "My Krazy Life". YG responded with his own message that you can read below. It’s sad to see that money may be the cause for the breakup of one of the best rapper-producer combos of our generation. 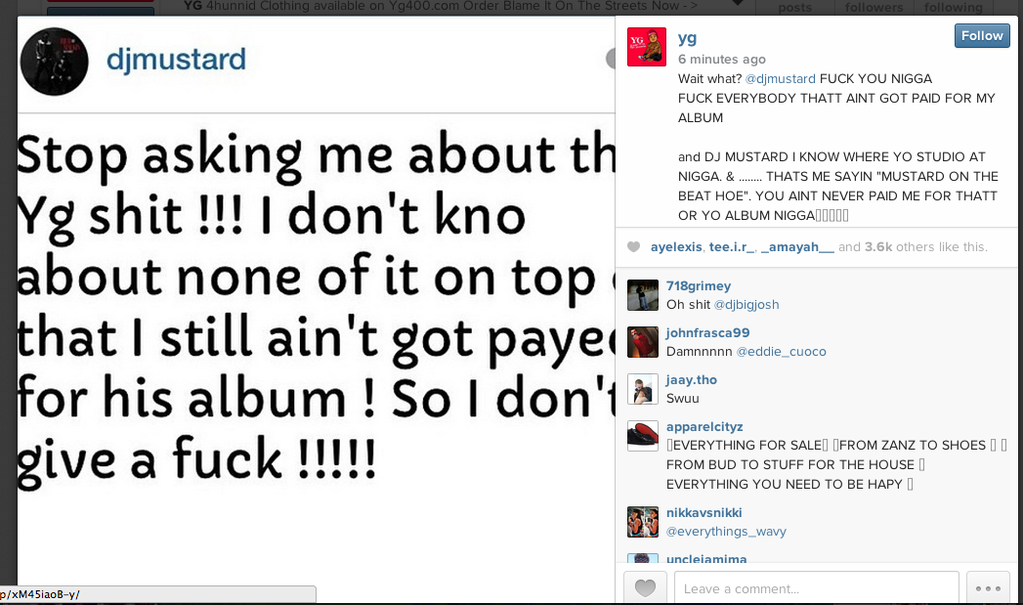 Hopefully this is only temporary, and the two can sort out their issues!!!
Posted by igrind4real at 8:39 AM