***REMEMBERING A GREAT*** #CelebNews STUART SCOTT PASSES AT 49 AND MANY FRIENDS & CELEBS PAY THEIR RESPECTS! 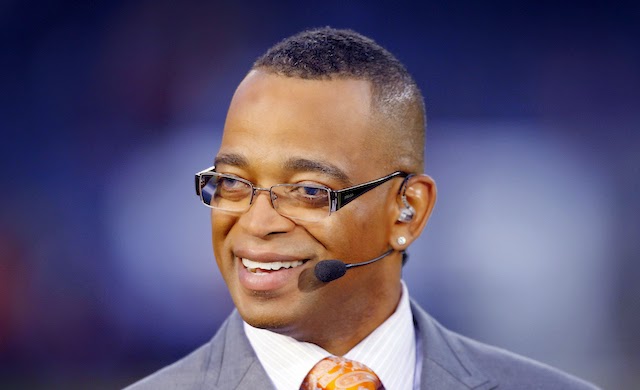 Another great grinder gone too soon. ESPN reports Stuart Scott, a longtime anchor at ESPN, died Sunday morning at the age of 49. Among the features of the new ESPN studio in Bristol is a wall of catchphrases made famous by on-air talent over the years. An amazing nine of them belong to one man -- from his signature "Boo-Yah!" to "As cool as the other side of the pillow" to "He must be the bus driver cuz he was takin' him to school." That man is Stuart Scott, and his contributions to the sports lexicon are writ large. 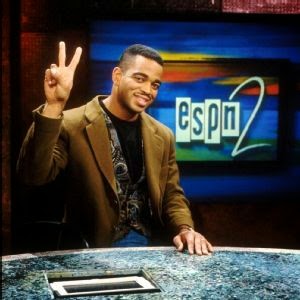 But they are only one aspect of his legacy. When he passed away, he left behind so much more. He inspired his colleagues with his sheer talent, his work ethic and his devotion to his daughters, Taelor, 19, and Sydni, 15. He defied convention and criticism to help bring this network into a new century. He spoke to the very athletes he was talking about with a flair and a style that ESPN president John Skipper says, "changed everything.""He didn't just push the envelope," says sports radio host and former ESPN anchor Dan Patrick. "He bulldozed the envelope." Scott was remembered through an outpouring of tributes by athletes, colleagues and fans on Twitter and statements from his alma mater, the University of North Carolina, which said that "his legacy will live on in many ways -- as a friend, a son, a father, a professional and forever, a Tar Heel". 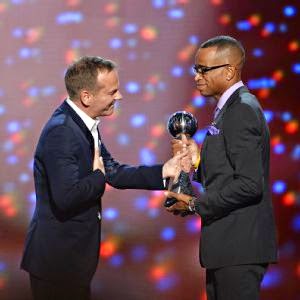 President Barack Obama had some words to share. "I will miss Stuart Scott. Twenty years ago, Stu helped usher in a new way to talk about our favorite teams and the day's best plays. For much of those twenty years, public service and campaigns have kept me from my family -- but wherever I went, I could flip on the TV and Stu and his colleagues on SportsCenter were there. Over the years, he entertained us, and in the end, he inspired us -- with courage and love. Michelle and I offer our thoughts and prayers to his family, friends, and colleagues," the president said. 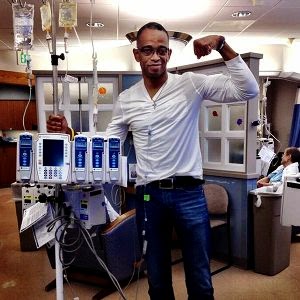 Moments of silence were held at sporting events around the United States on Sunday, including the NFL wild-card games between the Cincinnati Bengals vs. Indianapolis Colts and Detroit Lions vs. Dallas Cowboys; the Mavericks-Cavaliers NBA game in Cleveland and at several college basketball games. Scott saved his best for his last year on the air. At the ESPYS on July 16, shortly before his 49th birthday and following another round of cancer surgery, Stuart accepted the Jimmy V Award for Perseverance with strength, humor, grace and these eloquent words: "When you die, it does not mean that you lose to cancer. You beat cancer by how you live, why you live, and in the manner in which you live."


***CHECK OUT STUARTS'S MOST TOUCHING SPEECHES***

STUART SCOTT YOU WILL BE MISSED!
Posted by igrind4real at 8:16 AM