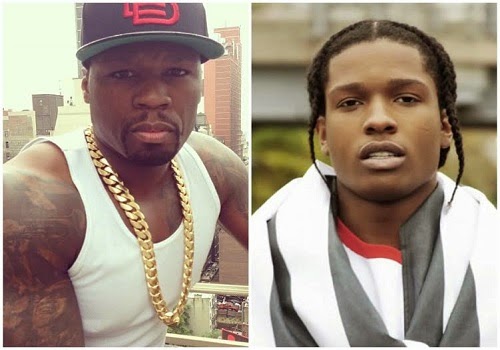 50 Cent never been the type to bite his tongue or been afraid to make an industry enemy. When it come to people gettin' at 50 Cent's ex HE AIN'T HAVING IT! 50 decided to post a DM message from A$AP Rocky to his ex-girlfriend Tatted Up Holly. Via HipHopWired: Hell hath no fury, like a petty rapper scorned. 50 Cent took to Instagram to put A$AP Rocky on blast when he got word that the Harlem was rapper was tip toeing in his ex-girlfriend Tatted Up Holly‘s DMs. But Rocky didn’t back down. See what we did there? Anyway, Fif previously got into a tiff with Holly which led to her threatening to put him on blast for alleged domestic abuse. To this, Ferrari responded with an apology via Instagram, saying, “This woman is a good person she has been a good friend to me,” and more. But then 50 Cent got a screenshot of A$AP Rocky hollering at Holly on the sly, and he didn’t like that. “Boy of [sic] boy, last time I seen this punk he had a dress on,” 50 said of A$AP Rocky, while questioning what the “Wassup” rapper can afford. 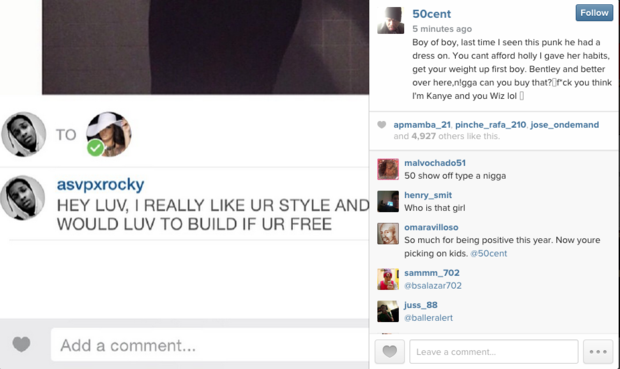 To this Rocky responded in kind, basically telling 50 Cent My bad, but get out of your feelings, sir.

***CHECK OUT THE BOMB SHELL EX-GIRLFRIEND*** 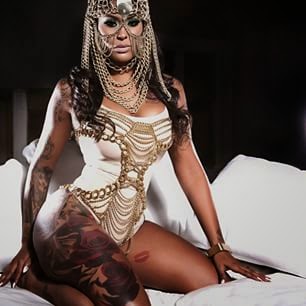