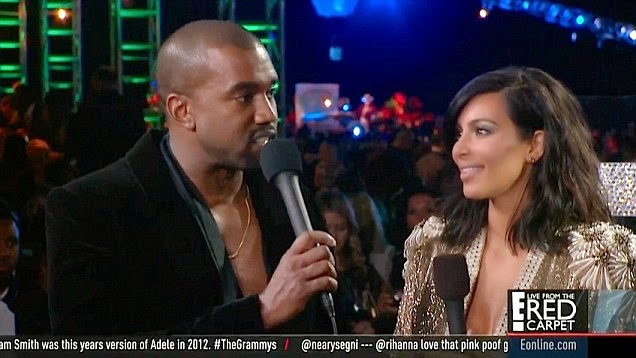 Millions around the world were tuned into the 57th Annual Grammy Award Show last night to watch the most talented and influential artist partake in the historical celebration. Although the show was filled with lots of glam and never before seen musical match-ups MANY were unsatisfied with who won some of the awards. Kanye West has never been shy to speak his mind and he did just so in a post interview with E! after the Grammys. Via HipHopWired: Jokingly or not, Kanye West was not feeling Beck beating out Beyonce for album of the year the Grammys last night. However, he saved his rant for after the show, and Kim Kardashian awkwardly had to stand there and witness it. Yeezy was speaking to E!, and the media outlet caught his wrath, too—because of mic flags. For real. “If they want real artists to keep coming back, they need to stop playing with us,” said Yeezy. Owe, he said much more. Respect artistry, y’all. “The Kardashians wouldn’t be famous if beauty wasn’t important,” he also said. But why are Kardashian’s putting a battery in Yeezy’s back to act a fool? Consider that.

Kanye West epic Grammy's rant at E! party: 'Beck should have give his award to Beyonce'