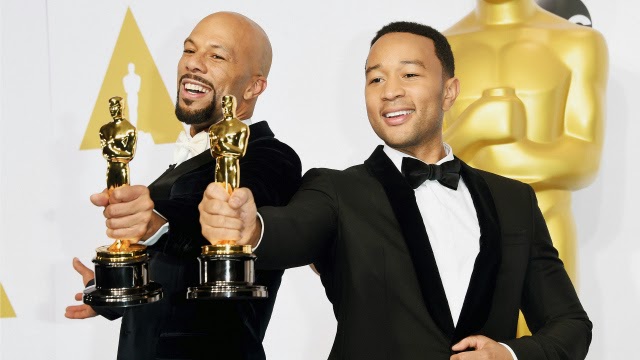 Like predicted, Selma did not win Best Picture at the 2015 Academy Awards. However, the favorite to win Best Original Song was from the Martin Luther King, Jr. biopic and Common and John Legend are now Oscar winners courtesy of their triumphant duet, ““Glory.”

The longtime collaborators were chosen to perform their record at the 87th Annual event and they didn’t disappoint in the slightest; staging their performance on the Edmond Pettus Bridge, the battleground of the bloody Civil Rights standoff which is highlighted in the film. The vivid musicianship brought the entire audience to their feet–and many to tears–as Star Trek actor Chris Pine’s observation has since went viral.
During an interview for Selma with Hip-Hop Wired, Common expressed how creating the song was almost like second nature, seeing that he knew Dr. King’s story so much, his heart and soul pumped into the track. His sentiments proved to more than just an opinion as the song recently won a Golden Globe Award in January. Now Common and John Legend have been immortalized into the Academy Awards history books for the rest of days. 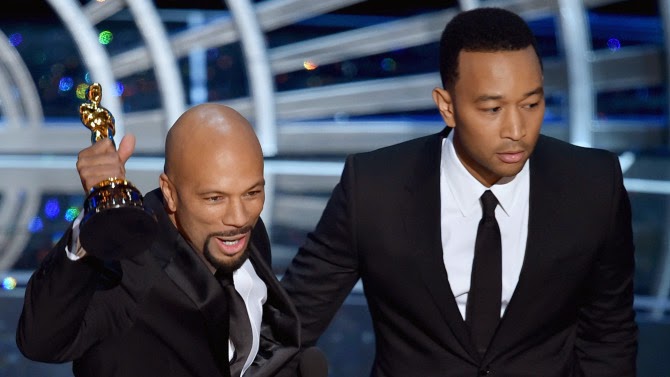 CONGRATS COMMON & JOHN LEGEND!!! YOU GUYS DESERVE IT!!
Posted by igrind4real at 7:34 AM