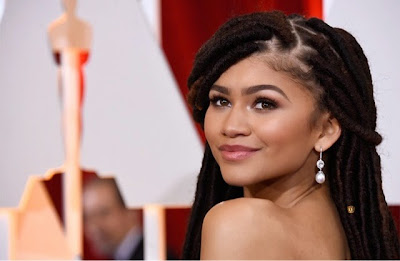 Recently actress Zendaya bravely wore faux locs to the 2015 Oscars. Despite how beautiful she looked Fashion Police decided to poke fun at the hairstyle disrespectfully. Twitter and many around the world didn't find the so called "jokes" funny. Via HipHopWired: Wearing your hair in dreadlocks does not mean you smoke weed, but apparently E! host Giuliana Rancic didn’t get the memo. After dropping wildly offensive commentary aimed at Zendaya Coleman’s hair, the actress clapped back and checked Rancic for her ignorance. Coleman was rocking Marley locks/faux locs on the Oscar red carpet, which led to the E!’s Fashion Police Oscars co-host “joke” that the Disney actress smelled like patchouli oil and weed.
Part of the statement/letter Coleman dropped via her Twitter account last night (Feb 23) read, “To say that an 18 year old [sic] woman with locs must smell of patchouli oil or “weed” is not only a large stereotype but outrageously offensive.” Pretty much. Rancic has already copped pleas, apologizing to Coleman (via Twitter) and saying that she was only referring to “a bohemian chic look” look. 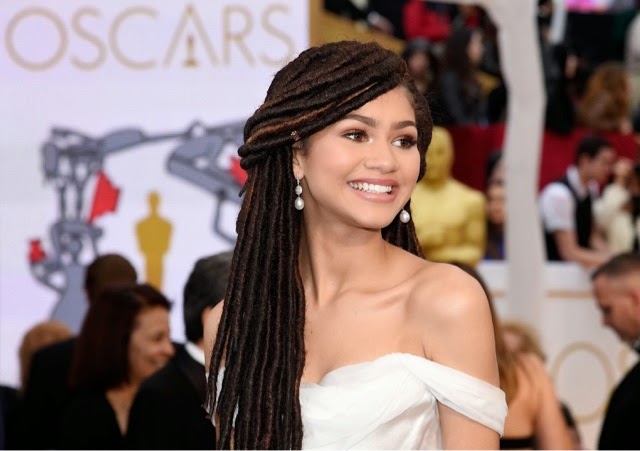 Check out a clip of Rancic’s diarrhea of the mouth below! 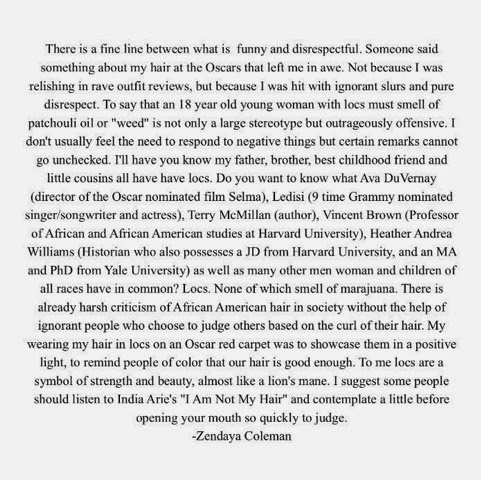 
DO YOU THINK SHE WAS REALLY SORRY?

ZENDAYA COLEMAN KEEP UP THE BEAUTIFUL WORK AND FASHION!