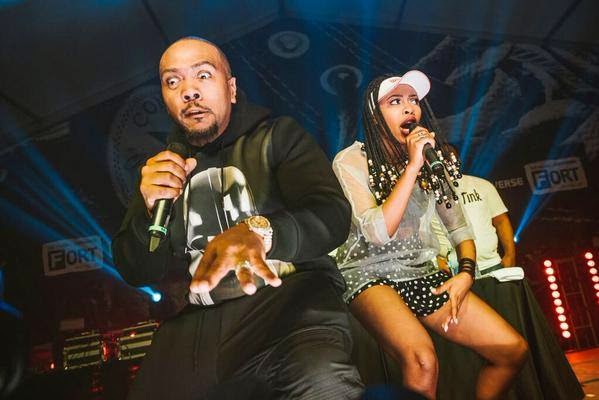 Sometimes we all feel that someone from our past is speaking to us. That is just what super producer Timberland revealed at SXSW. Via HipHopWired: Female rappers tend to come and go these but many critics agree that Tink seems to have something special going for her.

Timbaland obviously believes this and at a recent appearance at The Fader Fort during SXSW 2015, he delved into the spiritual realm and claimed that the late, great Aaliyah spoke to him in a dream and told him he was doing the right thing by championing the Chicago breakout starlet.

“I don’t touch [Baby Girl’s] record–y’all know that’s Aaliyah,” the production wizard told the crowd as Tink caught her breath. “I was riding home one day; sleep. [She] spoke to me in my sleep and told, ‘She’s the one.”

Although the statement may seem like a dubitable attempt to capitalize off Tink’s buzz, Timbo the King has remained incredibly loyal to Aaliyah’s legacy, as she was more than just his artist. In other words, he’s not using her name in vain. Peep Timbaland’s Tink PSA down below.

***CHECK OUT TIMBERLAND SAYING AALIYAH SAID SHE'S THE ONE!***