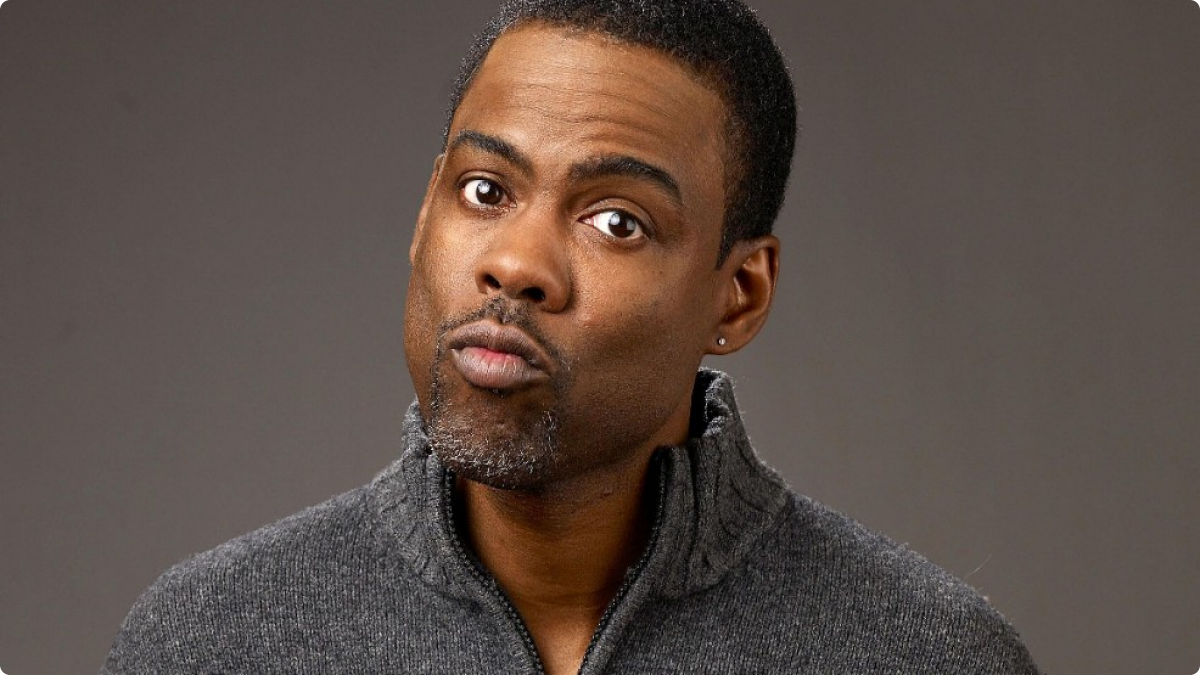 Across the nation there has been an increase in unlawful stops. The harsh reality is that men of African dissent have been the targets of such stops. In Chicago alone police stopped African-Americans at a disproportionately higher rate than Hispanics and whites, especially in predominantly white neighborhoods. Famous iconic comedian Chris Rock is no exception. To document the pull overs to shed light to the unlawful stops Chris Rock decided to post selfie pictures.


Everybody hates Chris — including, it seems, traffic cops.
Rock star comedian Chris Rock was pulled over by police Tuesday, the third time in less than two months the “Top Five” actor’s been stopped, according to his social media posts.
“Stopped by the cops again wish me luck,” Rock tweeted, along with a photo of himself in a car with a blue police light shining behind him.
The 50-year-old funnyman tweeted a similar photos on Feb. 27 – “I’m not even driving stop by the cops again,” he wrote – and Feb. 13.
Specifics on the stops weren’t immediately available. The Daily News was reaching out to his reps for details.

***CHECK OUT JUST A COUPLE OF THESE TRAFFIC STOP SELFIES BELOW*** 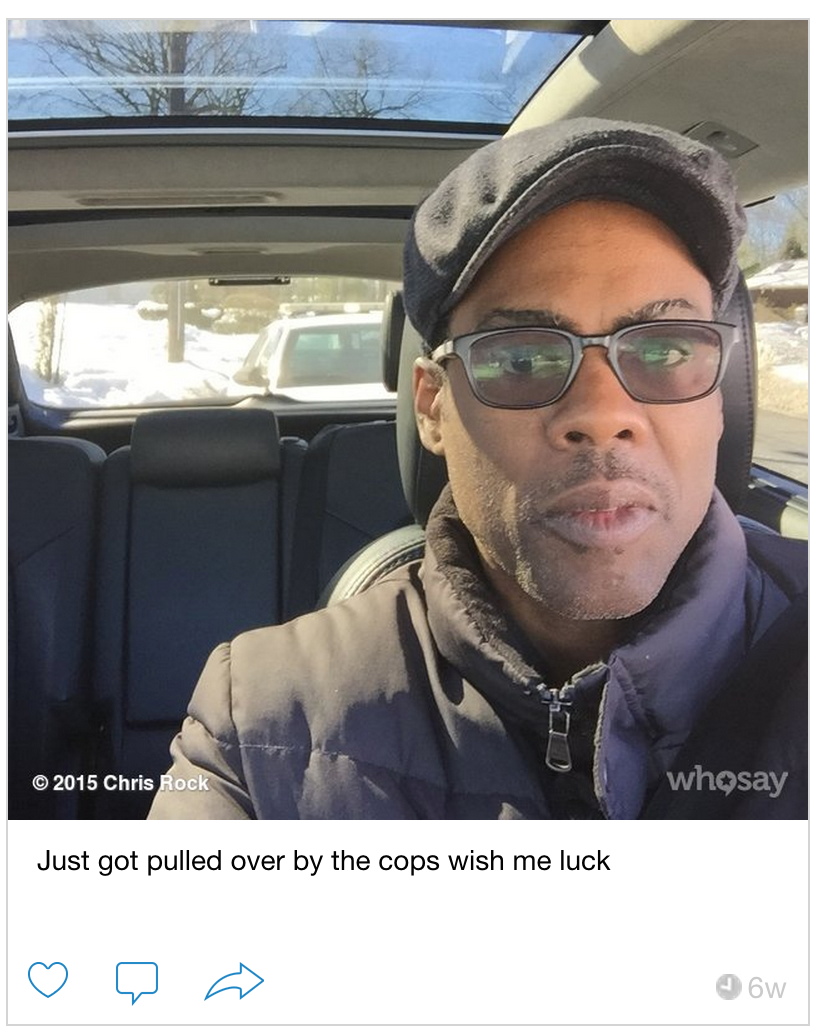 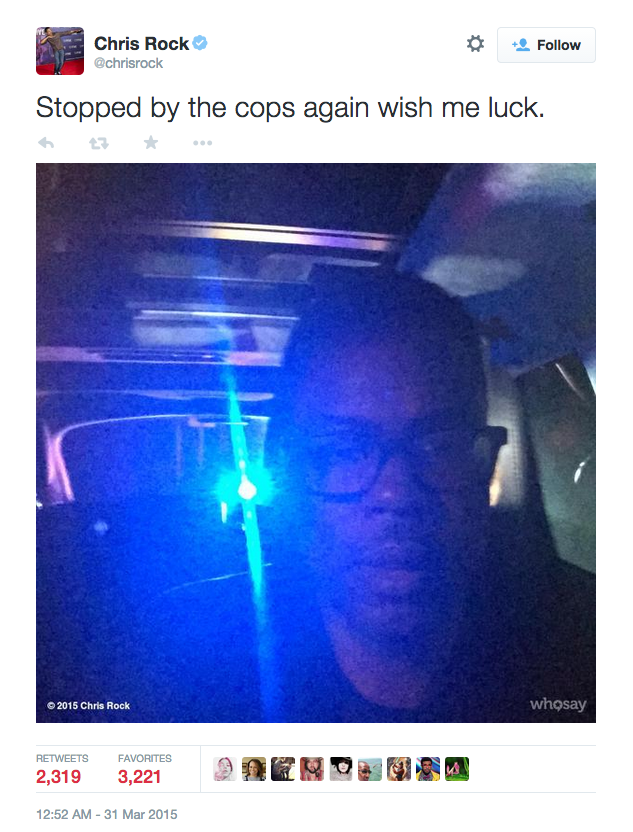