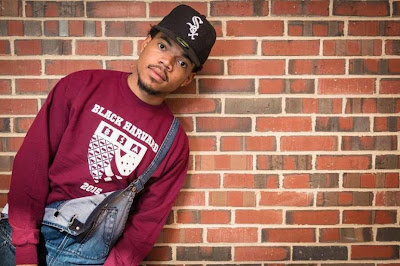 Harvard University's Hiphop Archive & Research Institute brought Chance the Rapper in for a lecture on April 30. During a Q&A with students, Chance shared his feelings on meeting Kanye West, streaming services, the presence of misogyny and violence in hip-hop, and more. Read highlights from his conversation with Harvard students below, find a recap of the whole visit from the Hiphop Archive here, then check out FADER's cover story on Chance and the Social Experiment—whose highly-anticipated Surf album is rumored to drop soon.

On the recording he's most proud of:

"I made a song with my band called "Everyday Wonderful" last year. It's a cover of, yeah, [the theme from] the kid show Arthur is my proudest moment, I would say, in terms of making songs. It's not really a rap song, it's not really my song, but I love that song."

On Jay Z's Tidal and other streaming services:

"So the Tidal formula is awesome if it actually works out. It's a direct fan-to-artist or fan-to-supplier type of connection, but it's not really working that way yet. Everybody that was on the stage was like signed to a label and shit. At the end of the day, all these streaming services are whack as fuck."

"Soundcloud is awesome. It's ill as fuck. Artist's space, you can upload your music whenever you want. You get the craziest metrics that anybody can offer you: sex, age, region of the world these people live in, a very detailed account of who's your fan and what they like. One of the coolest things that they have is this thing where you can change the music that you upload. You can randomly change the music that's playing and keep all the same information right there. I was doing this thing for a while called Broadcast where I would randomly change songs that I had posted to Soundcloud to a different audio file, not telling anybody. I'd preview music like that, so random fans throughout the world heard songs that I hadn't released yet."

On misogyny in hip-hop:

I've been working on lot music since I dropped Acid Rap two years ago. I wrote this whole verse, a very disrespectful verse for [J.] Cole's use or for my use. A little less than a week later I was at my friend Peter's house working on another record, and this record is called "Goofy." The hook is this bitch a goofy over and over and over. It's super, it's terrible, but it's a very catchy song. A few days after I wrote that record and recorded a scratch for it, I recorded another song called "Regular" for the Surf project. I don't know where this came from, where this angst was coming from, where this disassociation with women or with black women specifically—because that's my closer relationship to women—was coming from, but in a short period of time I was writing a lot of records that just seem to have just a lot of ill will. I premiered one of the records on the radio and it wasn't until I heard that record played back after somebody ripped it that I realized I couldn't associate with it. I listened back to these other two records and I couldn't really associate with either of them. I just had this just short but important moment of reflection. I felt really responsible so I dug this deep hole and I threw "This Bitch Is Goofy" in there. "Regulars" is still going to be on Surf. That one's just too good. That's my roundabout answer to why I still use the word 'bitch.'"

On uprising in Baltimore:

"I think it's really most important for everybody to be informed, to be connected to the situation. I always say like there's an act—when to be a hand or to be a voice. You gotta know when your Twitter is stronger or your body actually marches. Sometimes it's either/or, you know? But I don't want to dance around saying this shit is wrong. I think we all know that. It's very hard to watch it happening on a loop."

"I don't really see myself ever needing a house in Paris or some freaky shit like that. I just want to get old in Chicago and be with my homies and make dope music and randomly come to Harvard and give a lecture. I thought you guys were troubled kids and shit and I was coming to talk to you about getting your lives together!"