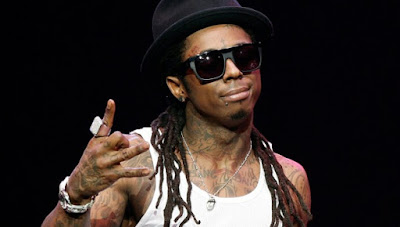 Wayne says no one ever again is going to play with his paper! HipHopWired Reports: you very well know, Lil Wayne has let it be known that he is fed up with getting jerked (contractually) by Birdman and he wants off the Cash Money island as soon as humanly possible.

In an effort to ensure he’s getting paid what he’s owed, the Young Money operator has recently inked a deal with Kobalt, a globally known music royalties collection company. There existing clients include the likes of Busta Rhymes, DJ Premier, Kid Cudi, Noah “40” Shebib, Ariana Grande, Bruno Mars, Sam Smith and Calvin Harris. According to its database, Kobalt houses more than 8,000 artists and songwriters and 500 publishing companies, making it a premier destination for any true professional recording artist.

“We are thrilled to add such an exceptional list of talented artists to the Kobalt Neighbouring Rights division,” Ann Tausis, Managing Director of Kobalt Neighbouring Rights, tells AllHipHop.com. “Our goal from the beginning has been to offer trust and transparency to our clients, and the word is spreading! I could not be more pleased with the inroads we are making, helping creators maximize their earnings from current and previous performances on a global scale.”

A mission statement found on Kobalt’s website perfectly outlines what the company’s purpose is.


Kobalt’s powerful tracking system compares collection against detailed in-house expectations to ensure all income is correctly accounted. Kobalt develops these detailed expectations from 3rd party performance data, Territory expectations from Kobalt’s pre-distribution health check, as well as from the client’s income data. Combining these three data sources allows us to monitor collection and ensures all income is received.
Posted by igrind4real at 9:03 AM