#CelebNews Fetty Wap Gets Into A Motorcycle Crash But Thankfully Comes Out OK! 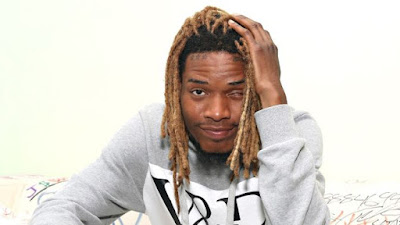 According to multiple sources Fetty Wap was involved in a motorcycle accident Saturday afternoon in his hometown of Paterson, New Jersey.

-Via CNN News
"He was treated at a local hospital and is in stable condition," the rapper's management wrote in a statement to Rolling Stone. "His family wants to thank everyone for their outpouring of love and support. They ask that you respect their privacy during this time," the statement said.
The "Trap Queen" rapper was riding his motorcycle when he collided head-on with another vehicle,TMZ reports, adding that paramedics treated Fetty at the scene before transporting him to a nearby hospital to examine him for possible fractures.
An associate of the rapper, DJ Louie Styles, later tweeted photos of an alert Fetty in the hospital and assured fans that "he's ok." In the photo, a splint is seen securing the rapper's leg. 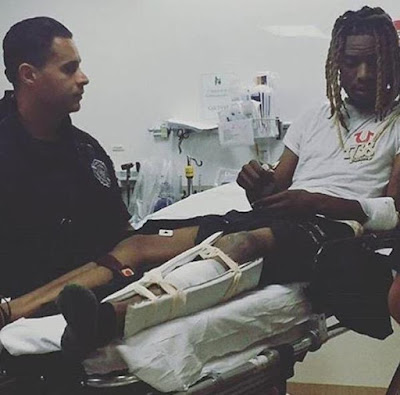 Another Twitter user named DJ Akademiks posted photos of a "responsive" Fetty being stretchered into a waiting ambulance as well as the wreckage the rapper's motorcycle incurred in the crash. 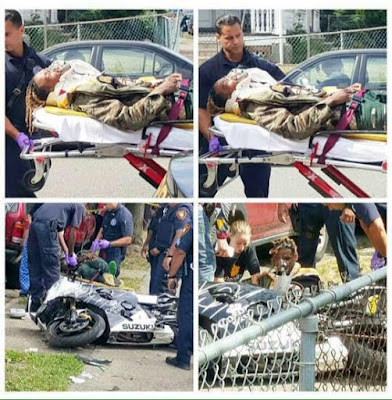 The accident comes just one day after Fetty Wap released his self-titled debut album, which features the hits "My Way," "679" and "Trap Queen." On Thursday, the rapper posted video of himself riding a motorcycle before a concert in Clifton, New Jersey.
Our prayers and concerns go out to Fetty Wap and the 1738 Camp. We wish and send a speedy recovery and good vibes his way. Go buy Fetty Wap's new album "Fetty Wap" now available everywhere.
Posted by Unknown at 9:40 AM