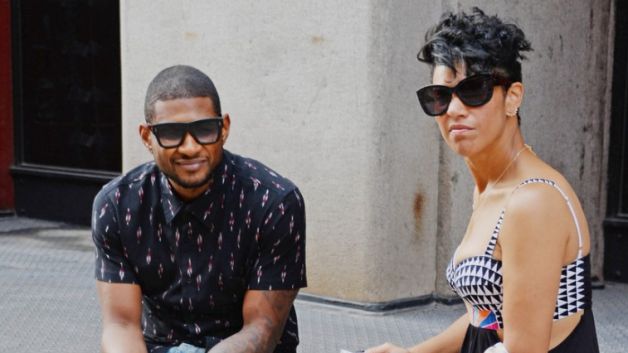 Usher is officially off the market! Music Icon Usher Raymond marries his longtime girlfriend Grace Miguel. After successfully keeping his personal life private the superstar confirmed he just married the love of his life.

Congratulations to Usher and Grace Miguel who have officially wed after being under wedding watch all summer long. Several sources close to couple confirmed to BOSSIP that Raymond and Miguel called off elaborate wedding plans for nuptials in favor of 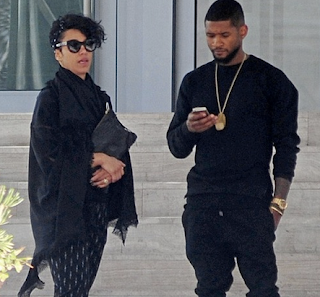 eloping. Usher and Grace chose to celebrate their matrimony-dom by honeymooning in Cuba the week after Labor Day with close friends, including Ludacris (who was also celebrating his birthday).

The couple revealed their engagement in January of this year, after dating since 2009. She’s embraced his two sons Usher V and Navyid from his previous marriage with Tameka Raymond (who he married in 2007 and divorced in late 2009). He’s also been pictured with her children from a previous relationship.
Usher was snapped by the paps just last night in Los Angeles, after leaving 1Oak, but Miguel, who usually shies from the spotlight, wasn’t photographed. We also haven’t been able to catch Usher with his band on his left hand in any photos, our insiders tells us he definitely wears one. 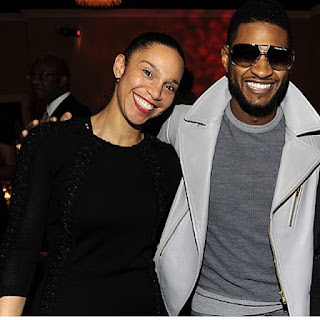 Usher has credited Grace (who is 8 years older than him) with teaching him to enjoy life. “One thing that has come from having a great partner like Grace is being able to cherish the places that I’ve gone,” he says. “We see the monumental sites, go to the museums, eat in the best restaurants. I’m that guy now! In the past I’d do what I have to do and get on the bus to the next city. Life has become a vacation,” he told Billboard.

*** THE COUPLE IS NOW CELEBRATING IN CUBA... CHECK OUT PICS BELOW***