***FUNNY MAN GETS A NEW SHOW*** #CelebNews 50 Cent Getting Comedy Series On FOX Titled My Friend 50! 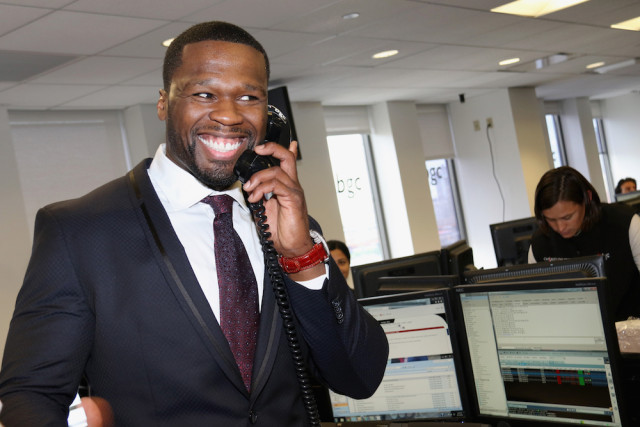 We knew this funny guy was going to eventually tap into the comedy thing. Reports state: Although it would be hard for him to admit, 50 Cent is having a hard time committing to a musical project because he has too many other lucrative opportunities in his bag. With his Power show doing a bang-up job on Starz, he’s switching his focus to network television and getting a show titled My Friend 50 on the very same channel of his rival, Empire.

Producer Will Packer (Truth Be Told, Uncle Buck) has teamed with actor-rapper-producer Curtis “50 Cent” Jackson (Power) for My Friend 50, a single-camera series project, which has landed at Fox with the duo executive producing and 50 Cent set to recur, making occasional appearances as a version of himself. Written on spec by Ava Tramer (TBS’ Angie Tribeca), My Friend 50, which has a script order, follows Amanda Kramer, an unstable twentysomething who believes that joining 50 Cent’s entourage is the answer to all her problems. Her unlikely journey with 50 Cent’s crew takes the form of a bizarre documentary commissioned by the most unreliable narrator in history: Amanda.
The project hails from Packer’s Will Packer Productions, Jackson’s G-Unit Film & Television and Universal Television, where Packer is under a first-look production deal. Korin D. Huggins, Head of Television for Will Packer Productions, co-executive produces.
For Jackson, My Friend 50 falls outside of the overall deal he recently signed with Starz, where he executive produces and co-stars on the breakout drama series Power. Jackson also is an executive producer of SundanceTV’s Dream School. As an actor, he recently co-starred in the boxing feature Southpaw and comedy Spy