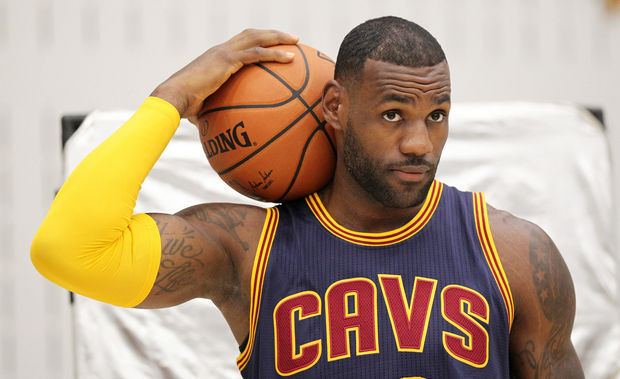 You can say what you want about Lebron James, but he’s a top-notch human being when it comes to certain issues. According to NY Daily News Lebron gave his shoes to a disabled teenage at the Boston vs. Cavs game the over night and showed some major generosity.
Via NYDailyNews

During the second quarter of the Cavaliers-Celtics game in Boston on Tuesday, the Celtics honored Aaron Miller, 16, a local high school student who was born with severe brain damage and was told by doctors he would be physically and mentally paralyzed for life.
But after “thousands of hours” of surgery and physical therapy, he competes on his school’s golf and basketball teams.
James came over and patted Miller on the head, bringing a huge smile to his face.
“I wasn’t able to hear the whole story because I was in the game and coach was drawing up the play,” James said. “But I looked up by the JumboTron and I saw what he been through and where he is now. I think the doctor said he would never walk again or talk again… I looked up there and right from there, it became so much more than basketball.”
“He also had my shoes on,” James said. “I designed those shoes for kids with conditions where they can’t tie their own shoestrings, and he had a pair on. Those shoes that he had on are made for kids that can’t tie their own shoes, and it’s just one strap. When I saw his story, it was just like, I don’t know, I felt like I was a part of him. Just showing my respect, gave him my shoes. It was well received by him. It was not for you guys or the fans.

iGrind Salutes Lebron James for his kind heart and generosity. Keep up the good work.