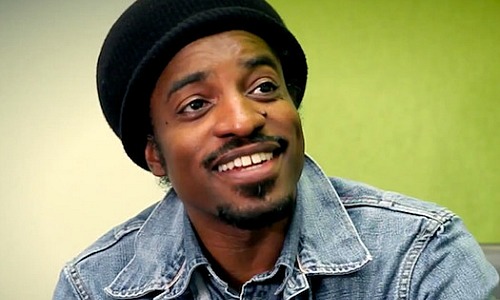 Fans of the reclusive Andre 3000 are certainly rejoicing after seeing the Atlanta rapper grace the small screen on ABC’s American Crime drama series. Along with his return to acting, the Outkast member is also recording new music and talks about his recent collaboration with Erykah Badu.

Three Stacks sat down recently with Billboard and highlighted some of his recent creative moves. On Wednesday (Jan. 6), he made his acting debut on American Crime, playing the husband of a character played by Regina King. The appearance looks to be a possibly productive 2016 full of artistic expression for the beloved star.

What got you interested in the American Crime role?
The relationship I had with John Ridley. When he called, I knew it would be something good. I hadn’t seen season one at the time, but I trust John’s taste in that way.


You play a married architect, which is a new kind of role for you.
It was fun because it was like an exercise in being able to be outside of myself. I’ve never been married. Of course, I have an 18-year-old kid now, so there were parallels, like the issues of being in a black family or a black person having a black kid in a private school. In real life, I always feel like an oddball going to my kid’s school because I’m a musician; I’m not the normal dad. So to be able to play one is fun to me.


…
Have you had time to work on music lately?
I still get time to think about music. [Shooting TV and film projects] is not so bad — it kind of puts you in the place where you’re fiending to do music. I’ve been holding [back] for a long time, so now I’m really interested in figuring out some type of music to do. I’m always recording.


Can you say what you’re working on or with whom?
I can’t say that I have a target right now. I’ve gotten in trouble before for saying when or what is coming, so I like to just kind of let it be. I’d like to put out some kind of music project, but we’ll see.

Read the rest of the interview by following this link. An edited version of this interview will appear in Billboard‘s Jan. 16 print edition.
Posted by igrind4real at 9:01 AM