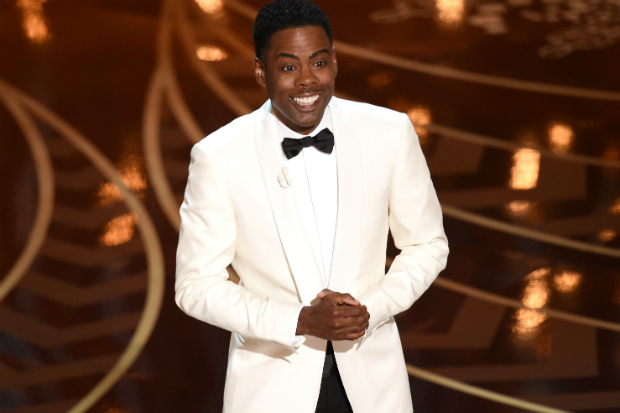 Chris Rock made a lot of people proud and some uncomfortable last night at the Oscars while addressing the oh so white awards.

HipHopWired reports: Despite a stunning lack of diversity, Chris Rock still went ahead and hosted the Academy Awards. Great choice, because the comedian and actor slayed.


No doubt Rock had jokes—”Jada boycotting the Oscars is like me boycotting Rihanna’s panties, I wasn’t invited.”—but he also have pointed political commentary. From Black being shot on the way to the movies to not protesting in the past due to bigger problems (like lynchings—(we would have loved to see who was laughing)) to the new for Black categories at the Oscars.

“We want opportunity,” said Chris Rock near the end of his opening.

***CHECK OUT CHRIS ROCK'S POWERFUL MESSAGE BELOW!***
Posted by igrind4real at 9:21 AM