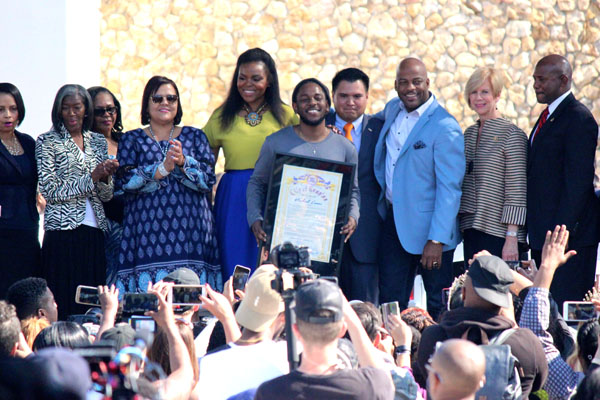 Compton, Calif. Mayor Aja Brown handed over the key to the city to native son and Hip-Hop superstar, Kendrick Lamar over the weekend. While the moment was clearly made to celebrate K-Dot’s achievements, Mayor Brown took a swipe at Drake during the ceremony.


The sun was shining bright in LA Saturday, but it was decidedly shade in Compton as Mayor Aja Brown presented Kendrick Lamar with the keys to her city … at Drake’s expense.
The Mayor made it clear … a key from Compton is way better than one from Toronto, which Drake received Friday. 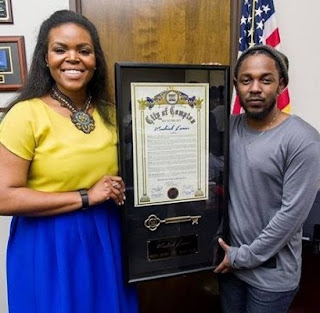 Drake might have been too busy playing host in his native Toronto to respond as the NBA All-Star Weekend festivities don’t wrap up until later Sunday night with the Eastern Conference vs. Western Conference basketball showdown.

While Drizzy didn’t respond to Mayor Brown’s quip, he did so when.President Barack Obama said that Kendrick could defeat the Canadian artist in a battle. Drake dropped a quick line in his “Summer Sixteen” single that dropped earlier this year.