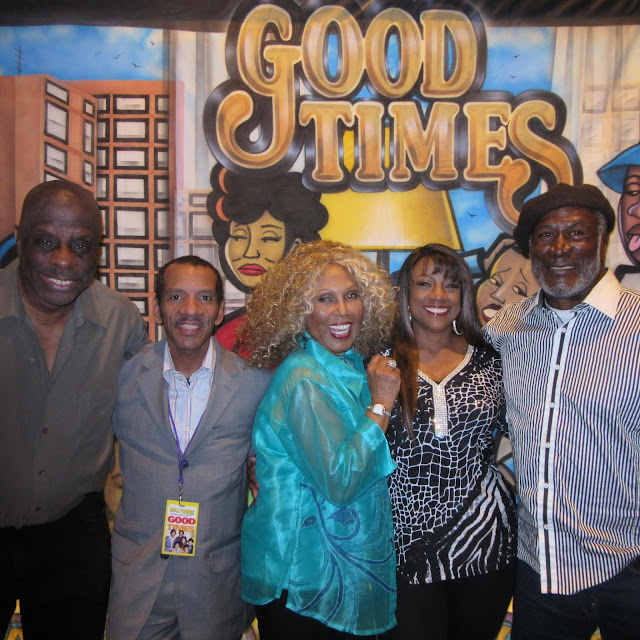 When news that original cast of the hit 70s series Good Times was gearing up to film an original movie featuring the original cast, some might of thought it was part of some elaborate joke. However, a Kickstarter campaign has been launched by the surviving cast members in support of a movie based on the show.

The show, which ran on CBS between 1974 and 1979, was a spin-off of the show, Maude, which was also a spin-off from All In The Family. Featuring the exploits of the Evans family in an unnamed housing project in Chicago, Ill. thought to be fashioned after the infamous Cabrini-Green projects, John Amos and the late Esther Rolle played James and Florida Evans. The breakout star of the show, Jimmie Walker, shined in his role as J.J. Evans.

In the four decades since the show has been off the air, it has lived on via syndication since. Deadline reports that the cast is putting the film together without the help or cosign ofr the original owner of the series.


The original cast of Norman Lear’s groundbreaking 1970s sitcom Good Times has taken to Kickstarter to fund an original movie the includes the same characters. The Original Good Times Cast Movie brings together all the original stars (sans Esther Rolle, who died in 1998). The project, which Jimmie “Dyn-o-mite” Walker calls a docu-drama-comedy, is being done to give fans closure on what happened to Lear’s fictional Chicago family. The cast is doing this together outside of rights owner Sony, saying that they are not infringing on the copyright or trademark.
“In the case of Good Times there is going to be a comparison, but it’s not an infringement of copyright,” said Shaun Weiss, who is the attorney for both BernNadette Stanis (who played Thelma in the TV show) and the project. Kevin Fontana is her manager. “What we are doing is bringing a new era into the cast. The characters have never been copyrighted or trademarked,” said Weiss.

A quick look at the Kickstarter reveals that the cast has raised over $4,000 of its $1 million goal. Check out the clip below that explains the campaign in full.
Posted by igrind4real at 12:39 PM