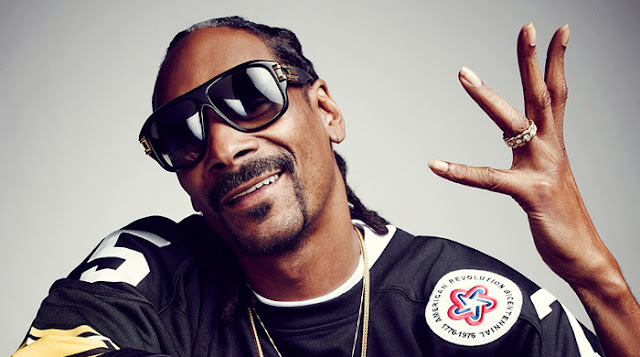 “Football is one of my main passions and that includes everything from coaching kids to helping design the best gear out there,” said Snoop via a press release. “adidas Football and I are all about fusing sports and culture and this new cleat showcases how we are true visionaries and pioneers in blending style with performance in Football.”

To kick things off, the overall money theme and “Gotta Hustle” lace jewelry were inspired from a track on one of Snoop’s early mix tapes that adidas designers were listening to while sketching the initial concept for the cleat. With the money notion in place, Snoop wanted to take the design to the next level by adding his famous “mind on my money and my money on mind” lyrics, along with a $10,000 money band. The money band was developed to replace the tape that some players like to use to spat their cleats, while also adding another unique design element to the overall theme.

To complete the “money” theme, adidas designers incorporated a $100 bill inspired 3D laser security strip into adidas’ three stripes graphic on the shoebox. Additionally, the nod to Snoop’s famous lyrics continues with an accessories package that includes the adizero 5-Star 5.0 gloves, featuring an oversized photo-realistic graphic of Ben Franklin, along with a Chromaflage money arm sleeve and socks, complete with $10,000 money band. 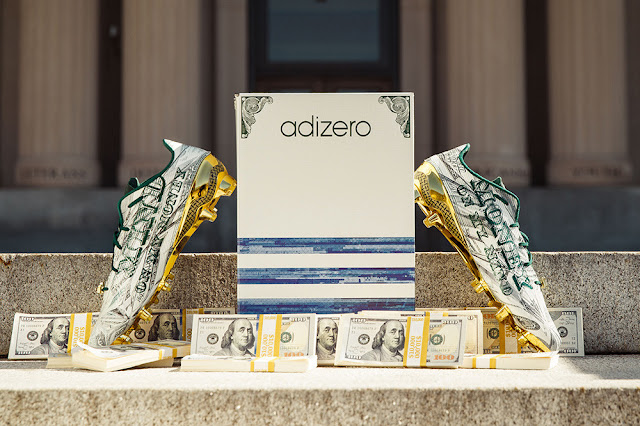 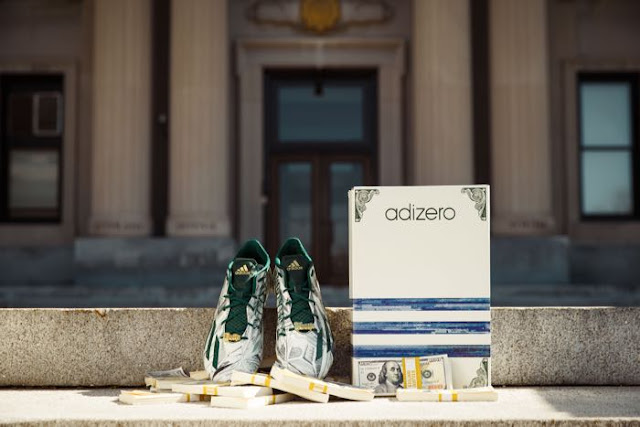 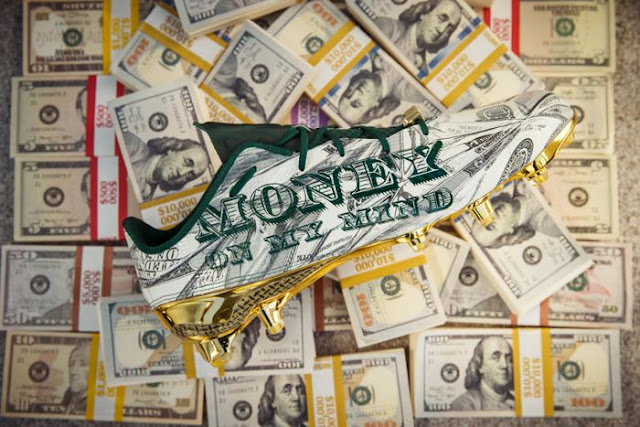 The Snoop Dogg adizero 5-Star 5.0 “Money” cleat is available right now at adidas.com.
Posted by igrind4real at 8:21 AM