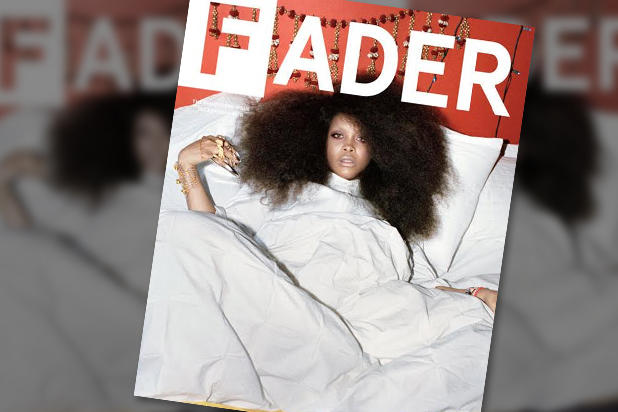 Erykah Badu is gracing this months cover of FADER magazine which is also doubling as their annual Producers Issue.
The 45-year old Dallas representer is seen laying in a bed of pillows, seemingly camouflaged by white sheets and a white dress. Her large afro sits atop her relaxed face and hazel eyes gazing into the lens. This is Badu’s second time covering the magazine.


“Oh, I don’t believe in any of that sh*t…Politics. I don’t know how much we have a say…It’s a show, it’s a game. On the smaller scale, I think that your city reps and district reps are very serious about what they’re doing, and then when they get up a little higher it becomes a show. Everybody gets kinda turned out.”

She also offered an opinion on the recent rash of police brutality against Blacks the #BlackLivesMatter movement that has followed: 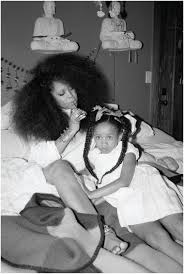 “I felt it coming on. I was really feeling a strong affinity toward writing about what was going on around me. And I actually wrote about what’s happening right now in [2008’s New Amerykah Part 1 (4th World War). So I don’t feel the need to write it now, because I got it out…We can organize like a motherf*cker when police beat us up. But can we organize to stop black-on-black crime, or poor-on-poor crime? Because, you know, poor is the new black. You don’t have to be black now.”


She then spoke on her numerous Twitter comments that seem to land her in hot water every other month: 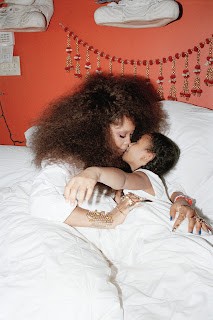 I was reporting, I was not supporting. It’s possible to understand the psyche behind behavior without condoning the behavior. I don’t have anything to apologize for. I don’t mean to take anything back…Expressing our pain and anger for something can make us very delicate. I’m very sensitive about it now—more than before. My whole objective is to create a dialogue. That’s always my main goal…I really enjoy writing and being able to get words out of my mind in a clear way, and I get to do that when I go on Twitter. I can push send knowing that I’ve clearly communicated what I was trying to say. I just pretty much tweet spontaneously. I view myself as an artist and an intellect, a sociologist, a self-scientist—meaning that I test my own theories by having conversations with others. It’s part of my job. It’s who I am, it’s what I do.

The Producer’s Issue of FADER hits stands May 10.